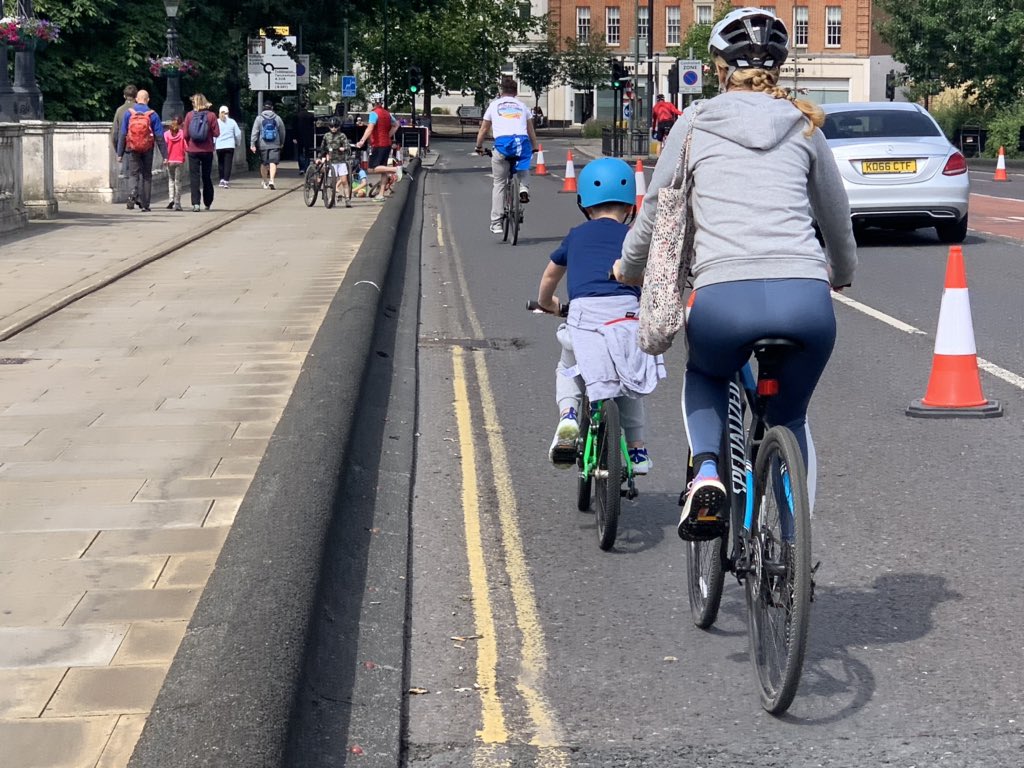 Brent Cycling Campaign welcomes the publication of the Council’s Draft COVID-19 Transport Recovery Plan. On paper, this is an ambitious plan which, if implemented fully, will lead to positive and long lasting change that will benefit everyone in the borough, creating a safer and more inclusive environment.

We note that each intervention is listed against various criteria. We regret the lack of details over specific timing to deliver them. This plan, after all, has been prompted by the urgent need to protect people against the virus and to protect our roads and air from a surge of motor vehicles for every trip.

More needs to be done, both in terms of scale and time, to meet new statutory obligations on councils to provide space for distancing on the roads to enable people to cycle their journeys as they opt for alternatives to public transport, as strongly advised by the government.

“We have seen other London boroughs take rapid action as Transport Secretary Grant Shapps has specifically instructed them to do, creating ‘pop-up’ cycle lanes using temporary barriers on important roads, and installing filters for motor traffic on minor roads to create low-traffic neighbourhoods.

Brent, however, hasn’t started anything practical so far to aid people wishing to use cycling as transport during the pandemic. It has been slow in responding to the new guidance. We know what political will looks like, as shown by other London boroughs where leadership decided earlier on to do something practical. Despite claims, Brent isn’t quite there yet.

This is critical because Brent residents have always been heavily dependent on public transport, which they are now being instructed to avoid, to slow the spread of the virus. More car journeys are unacceptable because of the effects on the environment and road danger. A high proportion of Brent residents, especially the less well-off, including key workers, have no access to a car.”

We recognise that Brent has done an enormous amount of work with helping the care sector and has been swift with widening the pavement in some areas. Ensuring residents have space for distancing on the roads must be seen as part of the same effort. After all, the point is to prevent people getting ill.

We need to see changes on the roads immediately in Brent. We need continuous, protected cycle lanes on main roads, especially Harrow Road, Kilburn High Road and the rest of the A5 in Brent, Neasden Underpass and the rest of the A4088, Kingsbury Road and Kenton Road. We need to see smaller rat-run roads closed to through motor traffic now, to make cycling and walking safe on them and to free the roads for those who really do need their car for their specific mobility needs.

“We alerted the Council about the necessity to implement such measures as early as April 15. Active travel, including cycling, doesn’t just materialise out of thin air. It needs to be enabled. The government’s guidance explicitly demanded action within weeks, not months, and two months on from that guidance being issued, for Brent to have still made no changes on its roads for cycling, when many other London boroughs have already done so, is highly regrettable.”

The council will be judged on the swift and meaningful implementation of this plan and other necessary measures. The Department for Transport and Transport for London both explicitly said that this will be a crucial factor in deciding how to disperse the limited available funding.

Statutory Guidance entitled “Traffic Management Act 2004: Network management in response to COVID-19” was issued by Secretary of State for Transport Grant Shapps on 9 May, instructing councils to make significant changes to their road layouts to give more space to cyclists and pedestrians. Examples of changes required that it gave were:

The guidance (which effectively has the force of law) also said:

“Measures should be taken as swiftly as possible, and in any event within weeks, given the urgent need to change travel habits before the restart takes full effect.”