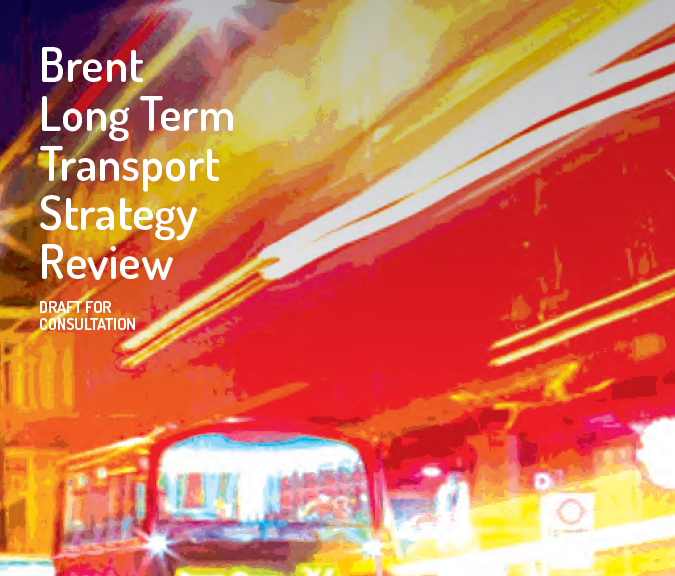 The Council is consulting on a new draft plan of its Long Term Transport Strategy (LTTS). The deadline for responding is Wednesday 23 March 2022. This sets out priorities and proposals for improving the transport system in Brent over the next 20 years. This is an update of the current strategy which you can remind yourself of here.

This is a good document. We have read all the relevant council’s policy and strategy documents over the years and they almost always look good. However, they never quite translate into actual change on the ground despite the aspirations set out. Cycling levels remain incredibly low. At a time when warnings have been flashing bright red for some time, things have to be done at quite a different pace and scale. Commitment is great but actions are better.

We support this strategy but wish to add the following:

Although the priorities set out, imply an acknowledgment that motor traffic is highly damaging, we want to see change being implemented earlier than 2027.

The 10% in motor traffic reduction is too low. In January 2022, the Mayor has reviewed the initial target and in order to tackle the climate emergency, London’s needed to reduce car traffic at least by 27% to have a chance to meet the London-wide 2030 zero-carbon target.

Brent already has all the marks of a borough that can deliver on sustainable transport, residents already use public transport, cycling and walking to one of the highest levels for a borough in outer London with 69%.

We object to the characterisation attached to implementing ‘LTN-type of measure’ as controversial. It really isn’t. The lack of engagement, the lack of communications, and some Councillors openly working against the council are what caused the Healthy Neighbourhoods programme to derail. This led to a total vacuum that was filled with the usual suspects (anti-Labour and people who hate people cycling) who spread misinformation which was left unchallenged by the council. Despite this, the number of people who responded to the consultation was tiny considering it had been on for 12 months and in relation to all the noise.

When the engagement finally started after the consultation, there was support for measures. The council should start there instead. There is a wide consensus that traffic is a huge issue for residents and the appetite for change (note: ‘if done right’) is clearly there. What went wrong is the shambolic implementation, not taming driving everywhere, all the time by everyone. Besides, the vast majority of LTNs in London have been made permanent. It is the councils who have removed them that are controversial, for not carrying through a scheme that is showing great results and a step closer to what we all need to do: drive less.

We know that Brent is split in two, due to the North Circular Road that severely reduces the opportunity to increase walking cycling and decrease car dependency in the North, this is widely acknowledged, but rarely addressed as it should.

The Healthy, Inclusive Streets and Places programme is welcome and urgently needed but one must be in no doubt that to succeed, this amounts to more than greening or planting trees. To support people with making healthier transport choices, the council must first enable them. This means ensuring streets are safe to cycle or walk on, routes are convenient, inclusive and connected to the places people need to go or be.

We want to see more done to protect children as they travel from their home to ALL places, not only to school. School Streets are a great tool to reduce car dominance outside the school gate but this is not enough. Children also need to be able to travel safely when they visit their local park, use the amenities and visit friends and family locally.

Although electric vehicles are part of the future transport mix, we are concerned that too much emphasis is put on them along with the infrastructure to match. We want to see EVs infrastructure put on the road not the pavement and we want the council to keep in mind that the associated technology is likely to change rapidly so we don’t want to see our streets littered or designed around them, only to find out that in a few years’ time all of this is already obsolete.

The Council needs to start seeking funding for measures that are proven to work in reducing car use now, not in 2024. One of the lessons learned from the Healthy Neighbourhoods debacle was that there is a consensus in people wanting meaningful engagement and that residents broadly agree with the need to change. To do this right, we need time, so this should start immediately in order to deliver within the next two years.

Please use the correct terminology: Cycle Superhighways have been rebranded Cycleways in summer 2019.

We also need to know what and where the changes are being considered. And have assurances that councillors fully understand what this means. To support this, we would welcome some climate literacy and Healthy Streets courses being made compulsory to all newly elected representatives shortly after the 2022 elections.

We would like to see continuity in measuring progress against the targets set out in the previous transport strategy. In 2015, the council was working against these targets: