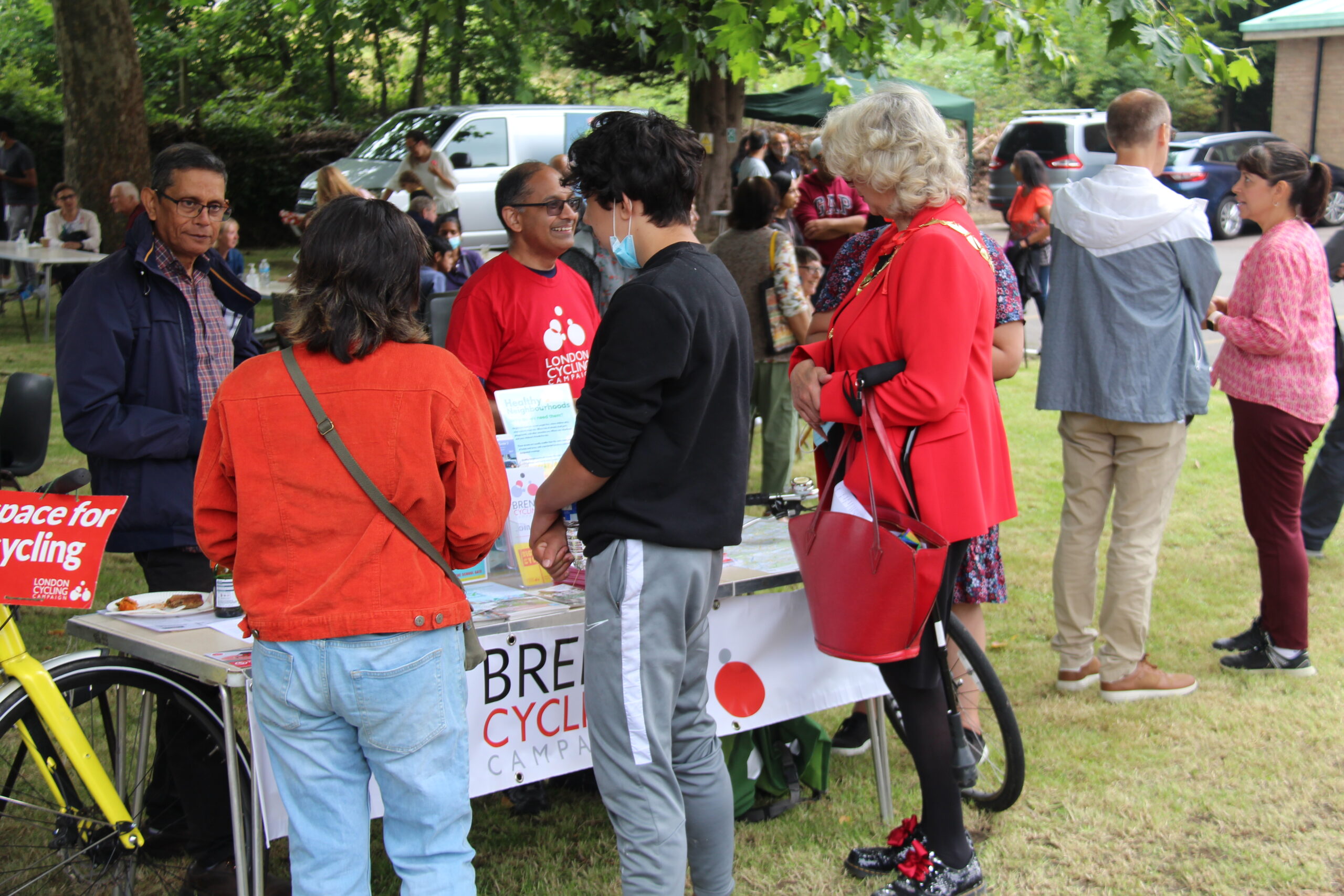 The SCRA represents about 2800 households in the Sudbury Court and Pebworth Estates in Brent, and they kindly invited Brent Cycling Campaign to have a stall at this community event. Being the first such function since Covid-19 restrictions eased, it was really great for our team to meet local residents.

To keep everyone entertained there was face-painting, henna tattoos, live music, games for the kids and a huge range of food and drink to sample.

Charlie and Clive met lots of residents, with the vast majority already owning bikes, but felt they were underused.  Virtually all of them stated that the roads weren’t safe enough to cycle so were reluctant to return to cycling.

They also chatted with many parents who are keen for their kids to cycle independently, especially to school, but also for other social and after-school activities.  Likewise, most parents felt it wasn’t safe enough for their children to cycle due to excessive motor traffic volume and speed.

Residents were encouraged to contact their local councillors to raise their concerns, as well as advising about free cycle training available in Brent and also to consider joining London Cycling Campaign.

We would like to thank the committee and residents of SCRA for inviting and hosting us at this great event and look forward to meeting their residents again.