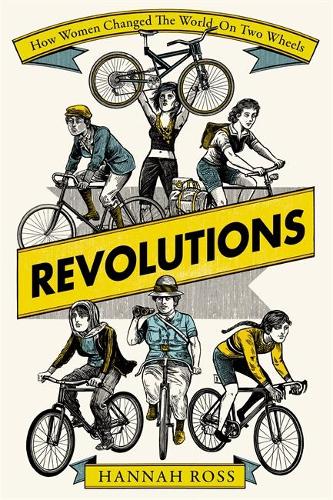 There have been some really good books about cycling recently so we thought we would list some of our favourites as they would make an excellent gift for that special cyclist in your life.

Guardian news correspondent, Peter Walker, takes us on a journey around the world, exploring the varying attitudes to cycling on our highways.

Visit the shining examples of Amsterdam and Copenhagen, where cycling culture is an intrinsic part of the approach of politicians and officials. How have these cities made provision for cyclists and what are the extraordinary benefits?

Melissa and Chris Bruntlett chronicle their experience living in the Netherlands and the benefits that result from treating cars as visitors rather than owners of the road. They weave their personal story with research and interviews with experts and Delft locals to help readers share the experience of living in a city designed for people. In the planning field, little attention is given to the effects that a “low-car” city can have on the human experience at a psychological and sociological level.

Revolutions: How Women Changed the World on Two Wheels

Many women were told they couldn’t or shouldn’t cycle, but they did so anyway. Whether winning medals or spreading the word about votes for women, their stories are an inspiration. In this gloriously celebratory book, Hannah Ross introduces us to the women who are part of the rich and varied history of cycling, many of whom have been pushed to the margins or forgotten.

Roads Were Not Built for Cars

Journalist Carlton Reid is taking us on a journey through time. Roads Were Not Built for Cars is a history book, focussing on a time when cyclists had political clout, in Britain and especially in America. The book researches the Roads Improvement Association – a lobbying group created by the Cyclists’ Touring Club in 1886 – and the Good Roads movement organised by the League of American Wheelmen in the same period.

Fergus Hamilton is a boy with a big imagination. Living with his mum and grandad and his dog, Chimp, he dreams of a state-of-the-art Sullivan Swift and becoming the most brilliant boy cyclist in the world.

So when he gets a rusty second-hand bike for his ninth birthday he can’t help feeling a bit disappointed. But then he discovers something amazing when he takes it for a ride. . .

We hope you enjoy this short selection. And of course, there’s always Gear Change, LTN 1/20 and the Highway Code, which make really good reads too!