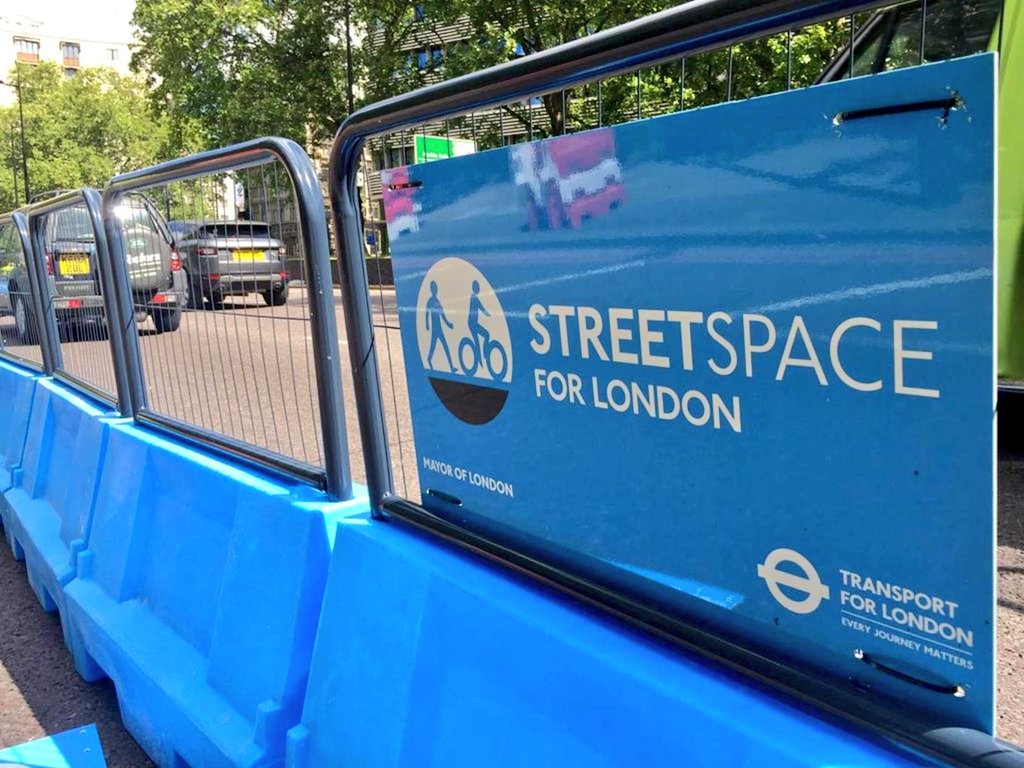 The full allocation of funding from the Streetspace Emergency Active Travel Fund was announced on Friday 10 July. Brent received a total of £663,976 to spend on schemes which include low traffic neighbourhoods, school streets and cycle lanes.

This funding comes from the Department for Transport (DfT) via Transport for London (TfL). Local authorities were invited to bid for six consecutive rounds of funding allocations. Money was made available after Secretary of State for Transport, Grant Shapps mandated local authorities to implement active travel measures, as an emergency response to the need for physical distancing. Moreover, the DfT also recognises the longer term wide benefits of active travel. These measures need to be implemented by 30th September.

Despite our best effort, we were unable to get extensive details as to what bids were submitted when and for what amount. Thanks to a question by a resident, we know they submitted the first TfL bid on Friday 12th June.

What we know so far

Brent received £125 000 for a cycle route on Harrow Road. According to the Council’s Draft Covid19 Recovery Plan, this pertains to a route – marked as temporary – between Harrow Road and the North Circular Road (A406). It will consists of two “with flow, lightly segregated cycle lanes” on 1500m.

The following week, TfL announced £121 000 for 23 school streets, quickly followed by £57 000 for low traffic neighbourhoods. [Update 24/07/2020 – The final amounts are £187 000 for 33 school streets and £351 976 for 9 low traffic neighbourhoods. The first announced amount for the cycle lane on Harrow Road remained unchanged. See funding across London here]. We haven’t been able to establish yet which schemes will start first amongst the schemes earmarked as ‘priority’ in the recovery plan. Emergency School Streets will be implemented with temporary barriers whilst permanent schemes will use ANPR cameras.

It’s worth noting that the Council also received £100,000 directly from the Department for Transport, which was the maximum amount available. This means, the council currently has £763,976 at its disposal to implement change and enable active travel measures in the borough, to help with distancing. These measures will also help with addressing issues such as pollution, road danger and avoidable illnesses due to a sedentary lifestyle and poor air quality.

More funding should be made available soon both from the Department for Transport and Transport for London to continue with active travel measures. London Cycling Campaign explains the process as follows:

TfL has received an initial £55m for TLRN (red route) and borough schemes in the DfT’s first tranche of funding from which this £22m is drawn. DfT also gave £1.7m to TfL specifically on top and has put aside £100,000 for each borough too to bid for. A further £20m is set aside for London from the DfT by the end of financial year.

We are pleased to see the ambition and praise the work of the Highways team for securing funding. We are now looking forward to seeing the quick delivery and execution. The draft plan (see details below) consists of:

The Council’s plan is currently open for consultation until August 16. It’s important that you have your say and support it. You can read our response to the plan, here. You can browse through the document there and below is the complete list of all locations and types of intervention proposed. The council also has an interactive online platform where you can make your own suggestions.